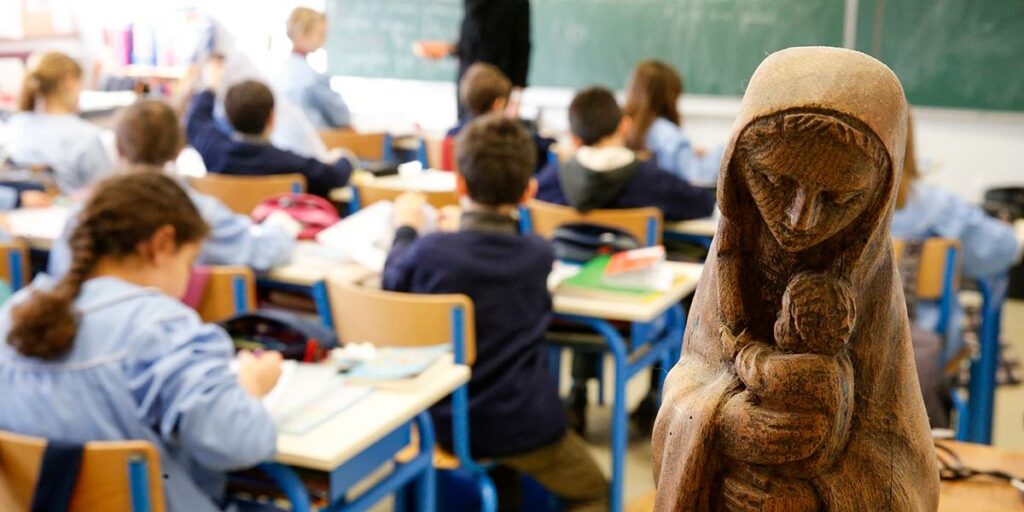 Philosophy is a subject that has fascinated human beings, since the dawn of time. The tradition of studying philosophy goes back to Ancient Greece, wherein it was assumed to have a key role as the highest form of human reasoning. Although Philosophy is present in the religious education curriculum in Catholic schools and catholic master’s programs, it covers a very marginal role. The relevance of philosophy in relation to the study of religions can be quite beneficial to the educational process in Catholic schools, due to the following reasons.

The word ‘Philosophy’ can be defined as the study of wisdom or knowledge. There are several scholars like Plato and Aristotle, who have given their own definitions for the term. For instance, Stagirite refers to philosophy as the inner desire to know and understand why any given thing is what it is. He says that it is a desire that every human sharing. Hence, in its original Greek understanding, philosophy encompasses all subjects. This Greek concept of philosophy has been adopted by the increasingly popular Christian form of religion.

The link between philosophy and Christian theology

Philosophy has been highlighted many times, in many ways, by many Catholic scholars. The classical form of reasoning represented by Greek philosophy perfectly fits with the theological system of religious beliefs that is distinctively Christian. Some of the most influential philosophers and theologians have agreed upon there is a strong affinity between Greek philosophy and the Christian faith, which you will learn in an online catholic philosophy degree. They have also agreed that philosophy offers a solid rational foundation to the human understanding of our world as we see it. But the Christian faith provides the indispensable revelation that gives meaning to all mysteries that defy human thinking. Philosophy beautifully links our natural qualities to the supernatural feature which is present in all of us.

Role of philosophy for any devout Christian

Philosophy is described by scholars are the handmaid of Faith, as it leads every human being in the everyday reality of our human existence. If you pursue an online masters in theology catholic, you will realize that it harmoniously connects us to our set of beliefs, and hence, acts as a supporting type of knowledge to our Christian truths, and gives a reason for what faith expresses on a metaphysical and spiritual level. Philosophy is also described as the light of reason, and theology is the light of faith. When these two lights are used correctly, they agree with each other.

Philosophy offers a unique opportunity to employ its distinctive method, critical thinking on a daily basis in catholic graduate programs. It can be regularly used to reinforce how strongly founded the Christian beliefs are, and also helps the students to navigate through the many challenges that may arise in their everyday life. Philosophy is referred to regularly in Catholic schools, in relation to both, specific knowledge and its method.

So, for all of these reasons, philosophy has a legitimate place in the Catholic faith and in catholic master’s programs. It covers an instrumental role in demonstrating how strong and rational is the foundation of Catholic theology and thus, allows us to describe many things in the light of faith.

EducationKnowHow provides you with the best training blogs to give you some meaningful insights into the real-life corporate scenarios.